Atomic number shows the number of protons in each atom. It is specific for each atom and shown with letter "Z".

Mass number of atom is equal to the sum of mass of protons and neutrons.

Orbitals and Placing Electrons to Orbitals

There are some rules for placing electrons in orbitals.Look at the following figure that shows number of orbitals in each sub levels s, p, d, f; 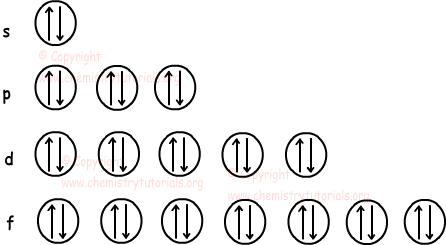