Beta radiation is formed during conversion of one neutron to one proton. Particle produced after this process is electron. We show it in nuclear reactions with Greek letter “β -”

In reactions it is shown as “00γ”. After gamma decay, atomic number and mass number of nucleus are conserved. 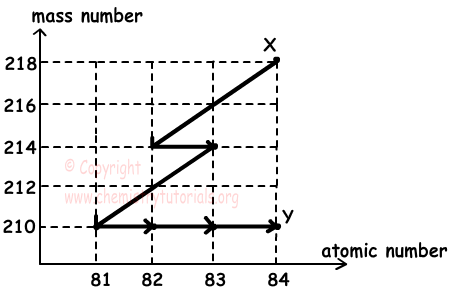