Matters and Properties of Matters Cheatsheet

Everything having mass and volume is called matter , such as air, table, water. 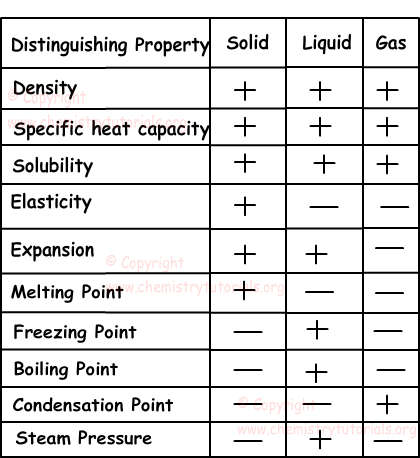 Density: Density is the mass of unit volume. It is represented by letter “d”. We find density with following formula;

a) Elements: Element is the simplest matter which contains one type of atom. There are 109 known element in nature. We show elements with symbols like for iron we use “Fe”.

b) Compounds: Two or more than two elements come together in specific amounts and form new matter that we call compound. Properties of compounds are totally different from elements comprising it.“NaCl”, “H2O are examples of compounds.

We first say name of nonmetal element then number of oxygen atoms in the compound and word “oxide”. For example;

In these types of compounds, you must first write element having “+” oxidation number and then “-” number of atoms in second nonmetal element or more metallic element is written first. You must also add “ide” suffix after second element.

In naming metal+nonmetal compounds, we do not say number of atoms in elements, however, we must say oxidation number of elements if it has more than one oxidation number. Finally, as in the previous examples, we must ad “ide” suffix after second element.

If a binary compound dissolves in water and contains H atom, we call these compounds as acid. When naming these acids we follow given steps. Hydro+nonmetal element+“ic” suffix+ acid.

Matters and Properties of Matters Exams and Problem Solutions